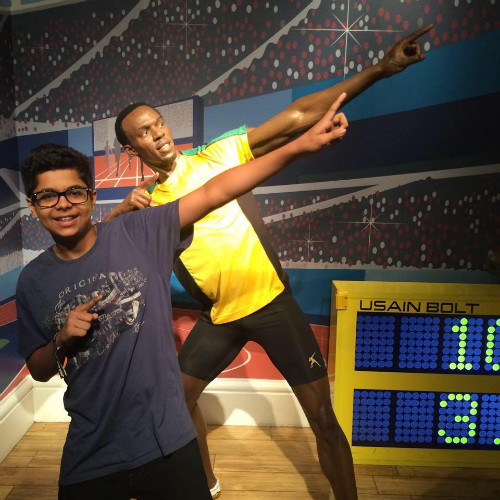 I am Adit Arora, original creator of this website and YouTube channel MakeMeGenius of the same name.

I live in Gurugram, India and currently study in high school at Shri Ram School

Here is the story how this website and my channel came into existence.

Both my parents are working parents hence I had no-one to guide me for my home-work, I started taking help of the internet for the same.

It was in 2011 while exploring YouTube for videos on digestive system for my next day class-test, I could not find anything relevant for my age. I nearly panicked as I was absent from school when the lesson was taught and from I was unable to understand anything from my school-notes.

Somehow, I was able to clear my test, but after that I started taking note-making very seriously. My next subject in the school was human -respiratory-system. I took notes very diligently. To improve the notes , I started surfing YouTube. But again I could not find any video which would be relevant for a school kid like me. Then an idea struck me .I thought that I should start making videos to help other kids who’re struggling like me. I shared this idea with my parents who were very encouraging. My father really liked the idea and suggested that all the education videos should be like cartoon movies as kids love to watch cartoons.

One of my mother’s friend was in animation business. She used to produce cartoon animation videos for few TV channels. She motivated me to talk to her friend and that was start of my YouTube channel journey.

I wrote the first script and my mother improved it . And it was produced by my mother’s friend for fun sake.

In February 2011, I uploaded my first video on YouTube so that other kids could get benefit from it. But with in 3 months, we got lot of views on this and YouTube approached me to make more videos like this.

My friends also liked the video. With my parents support and my friends encouragement helped me to take this work as a hobby. I made it a habit to take notes of all the science subjects being taught in my class . I would discuss my notes with my mother and friends to make a better script.

For last 7 years, I have been making videos on science subjects for the kids of my age. Initially the videos production was funded by my parents but with-in one year, I started getting enough revenue from YouTube to cover the production cost.

Keep watching and in case you want to ask something , do write to me at makemegenius@gmail.com