Series and Parallel Circuits for Kids

Components of an electrical circuit or electronic circuit can be connected in series, parallel, or series-parallel.

The two simplest of these are called series and parallel and occur frequently.

Components connected in series are connected along a single conductive path, so the same current flows through all of the components but voltage is dropped (lost) across each of the resistances. In a series circuit, the sum of the voltages consumed by each individual resistance is equal to the source voltage.

Each time there is damage (break) in any one of the resistors the entire circuit will not function. For example, if one light bulb goes out, all the other lights will go off because the electricity path in the broken bulb is cut off.

Components connected in parallel are connected along multiple paths so that the current can split up; the same voltage is applied to each component. This means electricity (electrons) can travel from one end of the cell through many branches to the other end of the cell.

The great thing about parallel circuits is that, even when one resistor (bulb) burns out, the other bulbs will work because the electricity is not flowing through one path. The great thing is that the bulbs in a parallel circuit do not dim out like the case in series circuits. This is because the voltage across one branch is the same as the voltage across all other branches. 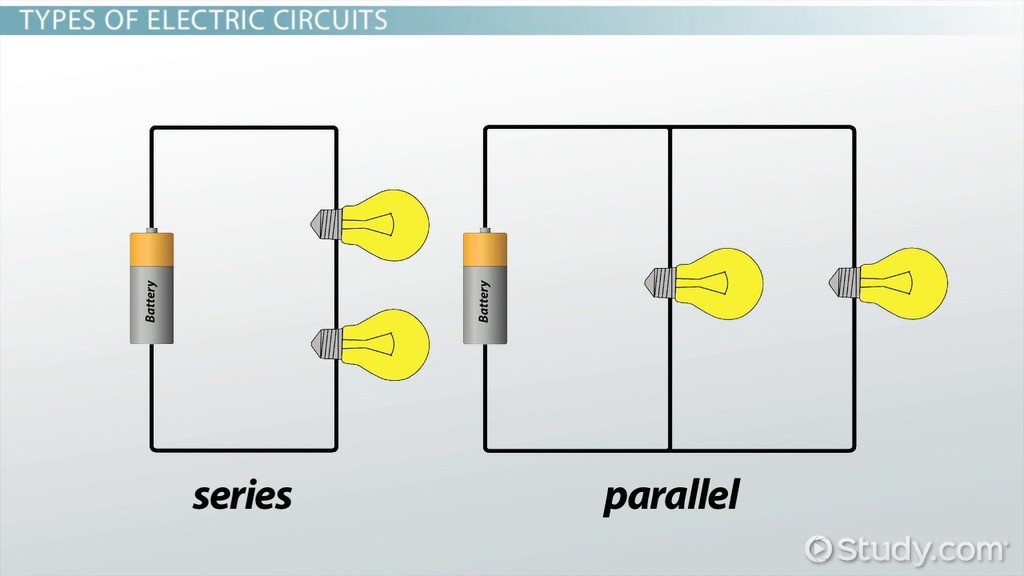